Lately I've been finding it difficult to commit to a novel - mostly because I keep picking up books that are entirely written in present-tense.  I can't stand present tense in novels. It denotes edge-of-the-seat action to me, and I can't keep that amount of anticipation going for a whole novel.  I do not have the energy.   And it's a pity, because the books I brought home to read looked really good.  So I have been reading graphic novels like a fiend.
FreakAngels:  Volumes 1 - 4
I've talked about FreakAngels before, so I wont go on about it too much here. It is totally different reading this on paper than it was reading it online, and I'm finding that there are a lot of little details that I either glossed over or have lost in the bigger picture of the series that I'm picking up now. And there are little details that I remember from my first reading (for example "CHICKENZ!").  It also seems more coherant.  There is something about the immediacy of turning a paper page that I don't feel when waiting for the next page to load in my browser.  There's more...  connectedness.  Anyway, if you have read the series online, try reading the hard copy, and if you haven't done either, I don't know what to do about  you. 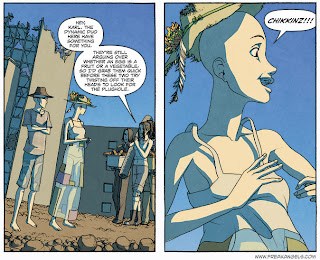 Orbiter
Another Warren Ellis graphic novel, but totally different to FreakAngels - for a start it's a one-off story.  When the last space shuttle to leave Earth returns ten years after it went missing, top scientists in the now defunct field of space travel research and development gather to investigate the ship, and its sole surviving crew member.  I can't say much more because it would spoil it, but I enjoyed it.  I wasn't dileriously happy with the ending, and I think a bit more explanation could have been put into the background of the world that the story takes place in, but I'd at least give it three out of five stars. 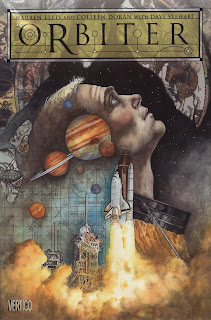 I love Farscape.  Absolutely love it; I love the humour, the action, the premise, the characters, the pop culture references, everything except (SPOILER) the deaths.  I can rewatch Farscape over and over.  Now this love of the original four-season series and its movie conclusion was bound to colour how I felt about reading what is basically the next season of the show in graphic novel form (think of the Buffy The Vampire Slayer comics).  And I liked it, a lot.  Because I haven't watched the last season and movie in a while, there were tiny details I had forgotten, but there was no real need for a recap, as the story is almost fully contained - know the characters, the premise, and have a vague idea of what's been happening and you'll be fine.  I think I would have enjoyed it a little more if I had just watched some episodes.  Trying to get John and Aeryn's voices right in my head was a little distracting.  I think to make a full judgement on them, I will have to read more issues. 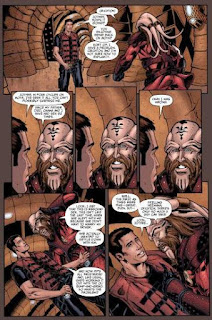 The Lovecraft Anthology Volume 1
I had tried reading Lovecraft years ago and it didn't grab my attention.  Recently, however, there have been a few of his stories produced on one of my favourite podcasts, The Drabblecast, and I just loved Norm's reading so much that it renewed my interest.  I had been planning to take home one of his books, but I was checking in books at work and a graphic novel version of some of his most well-known stories was returned.  I really enjoyed it, and it even spooked me a bit.  Each story is illustrated by a different person, so with each new story there's a new interpretation of the weird and creepy - which makes it even more weird and creepy.  The only issue I had with it was that the stories were quite brief - but that's less to do with the editing and more to do with the original material.  Most of his original stories are short, or at least the ones I've heard/read. 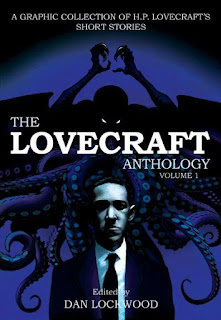 I'm reading this on the suggestion of a collegue (the same that encouraged me to try the Farscape graphic novel), and I don't know about it yet.  The main character has power over machines and is also the mayor of New York.  I don't really understand it.  And nothing much is happening yet, except some drama over a painting, and a lot of (necessary) backstory.  I kind of feel like I've walked into the middle of a long-running series even though it is the first volume.  Also, I don't know if I like the lead character.  I don't understand what his motivations are, or even if he's a goodie or a baddie.  But I will read on, I won't make up my mind until I have finished it, and if I end up liking it, I'll post about it. 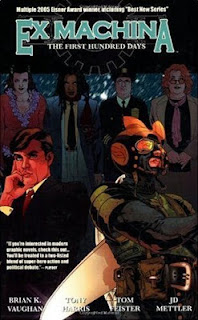 Although most of the graphic novels I've read are in series, I particularly like one-off graphic novel stories, where I don't have to commit to a huge storyline over multiple volumes.  Don't get me wrong, I'd love to read Spiderman or Batman or the Phantom (yup, the Phantom, I like him!), but with all of the multiple timelines and generations... it's hard to know where to start.  Do you like graphic novels?  Do you have any suggestions?
at 5:56 PM