Hi everyone.  I had intended to be posting once a week from the beginning of the year, but the passing of a beloved family member has halted that effort.  Our lovely budgie passed away after being sick for only a weekend.  He was only three, and so it was a big shock to us.  The house is so quiet that it's been hard to do anything while home alone except mope.  We miss him very much.

But today I am playing Disney tunes and singing, so the place is feeling a little less empty for now. I'm going to write some posts over the next few days that will be much cherrier, but for now, let me show you my pretty little fella. 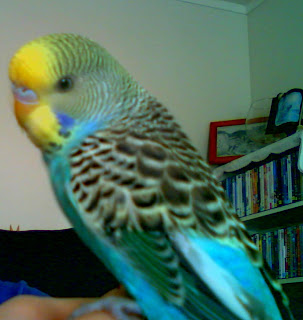 This is Budgery-Boy as a baby, would have been not long after we brought him home.  Yes, his wing is trimmed, but only for his own safety - getting used to a new home can be scary, so this means he couldn't fly too high or too far.  Notice how blue his feathers are, and how few spots he has on his face! 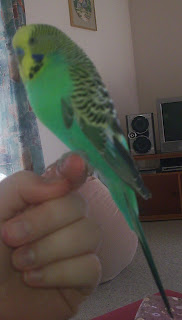 Just a few months later, his wing feathers had grown back and he'd turned green, but he always had a little blue at the base of his tail, and always had a yellow spot on top of his head. 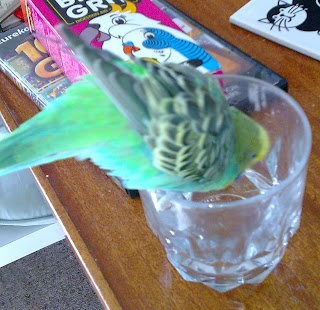 I was never sure if he thought he was a person, or if he thought we were birds.  I know he wanted to eat and drink anything we were eating or drinking, so I ended up pouring two glasses of water if he were out of his house - one for me, and one for him.

For a while he loved to have baths.  As long as the water was shallow.  But as he grew up, he grew out of it.  But, he did like to drink from the tap now and then... 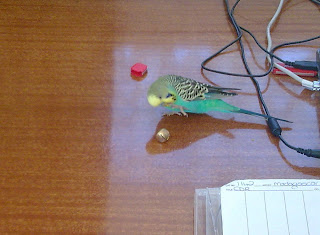 And he loved his bell!  He never quite got the hang of soccer, but he did love to talk to it!  He also loved sitting on people's feet and talking to their toes.  But I wont put in a photo of that, hehe.  And he loved his mirror.  So much so that he would say "where's your mirror?", and I would have to go get it for him to sit and talk to.  And feed.  Seed everywhere.  Ick.  Hahaha, he was a character. 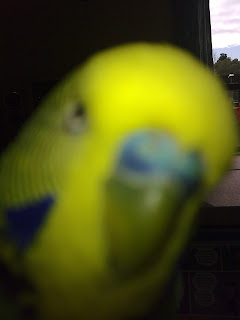 And this is the most common pose of all of the photos I have of him.  He loved the shine of a camera or phone or ipod or computer webcam...  I call this a beak shot.  I have dozens!

Thank you for looking through these photos of my best little friend.  I hope they made you smile. 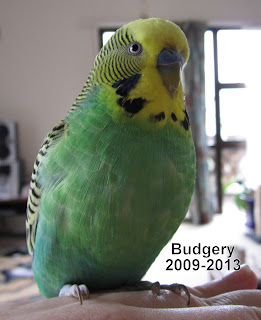