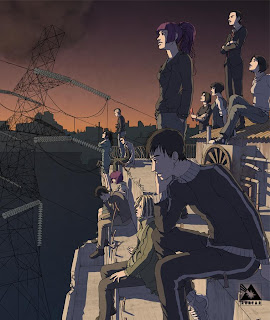 I discovered FreakAngels by Warren Ellis and Paul Duffield not long after it started in 2007, and I was devastated to hear from Warren's twitter a few months ago that it was coming to an end.  So now I have to find some kind of replacement.  Here are some of the webcomics I have had recommended through others' blogs and twitter feeds that have taken second place to keeping up with FreakAngels.  By the way, go back and read FreakAngels now!  It's amazing, trust me.  By the time you've finished with the archive, the last episode will probably have posted, so you don't even need patience to find out what happens! 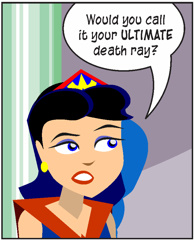 Wonderella is awesome!  I do keep up with this comic because it is a one-page, once a week comic.  Wonderella is a superheroine who seems to wish she wasn't...  She'd be much happier to use her powers to acquire more cocktails and to change channels on the tv without a remote.  She's also VERY funny.

This comic is about a group of postgraduate students and the dramas and comedy that happens when you pursue higher education.  It's very funny, but it's even funnier when you have experience in this world, because you can see yourself in the characters even if the specific situations haven't happened to you personally. 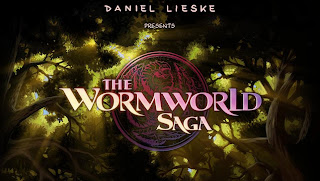 This is totally different to the other comics listed here in style of artwork, format, and updating schedule (in that there doesn't seem to be any).  The story is about a little boy who, with his Dad, goes to his grandmother's for Summer.  That's pretty much it so far, but I keep checking back because the artwork is so gorgeous, and there's something quite compelling about even the tiny hints the work so far has for the rest of the story. 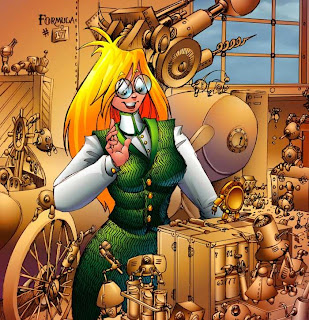 Lastly and most likely to take over the mantel; Girl Genius.  Agatha is a Spark, which means she can do just about anything with machines and mechanical things.  But she doesn't know that.  An amulet given to her when she was very small keeps this talent suppressed.  Until the this story begins.  As you can see, the artwork is fantastic, and it's a 'gaslamp fantasy' (which is closely akin to Steampunk, but without any focus on historical accuracy), which I love.  There is a huge archive, and as the authors stress, it's a continuing story so it's best to start from the beginning.  Which I am...  I'm only up to volume 5 so far, which was put online in 2005.  But at least I wont suddenly find out there are only a dozen episodes left (seriously Warren Ellis, you break my heart!)

Do you follow any webcomics?  What about print comics or graphic novels?  I'd love to hear about them, particularly if you look at the comics listed above and think we might just have similar tastes!

As usual, I have posted these because I like them and I'm not affiliated with or paid by anyone to do so.
at 11:14 AM