We got home at 2am on Saturday of last week, and I'm still exhausted.  I could easily have stayed in bed for a few days, but I've been working at Whangaparaoa Library, as their me was on holiday.  A 'short' summary of our week follows, and I even have some pictures from the new camera!

On Tuesday, at 5:30am, we left home.  We flew to Sydney and then took the bus to Canberra.  Tuesday was a long day - we got to Canberra at 4:30pm zulu (yep, I watch too much NCIS), which meant 13 hours of traveling (and waiting in the airport).  We stayed at the YHA in the central city, and yet again we were impressed.  YHAs are reliably awesome.  We had the best burgers in the world at Guss'.  I wish I could move Guss' to my house, it's the best restaurant in the world ever!

On Wednesday, we went shopping and collected my gown.  There was some confusion about which ceremony I was in, and which degree I was getting...  this will be relevant tomorrow.  That evening, we had dinner at Wagamama with two of my friends who also studied ForAnth but were in their thesis year when I was in coursework. 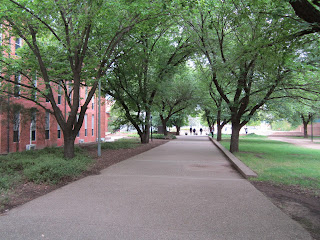 The ANU campus is pretty


On Thursday, we went to the Anthropology and Archaeology graduate lunch, and met up with Liz, the postgraduate adviser for Anth and Arch who is the only reason I ever got my thesis handed in.  She is a legend!  We then went to the graduation hall, only to find that Mum had no ticket, and that I wasn't on their list of graduands.  I had been put into the 5:30pm ceremony instead of the 2pm with the rest of the faculty!  But Liz had some stern words with the graduation office, and with only 10 minutes to spare I was seated, Mum got in, and everything went well after that.  Including having dinner with another friend and her daughter. 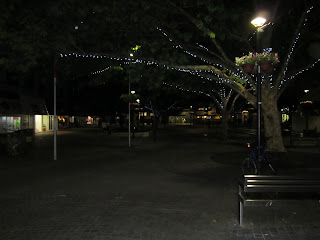 
On Friday, our last full day in Canberra, we chased up my transcript and certificate (which, because of the change in ceremony time, wasn't ready for pickup on Thursday), and then visited the National Botanical Gardens.  Friday night, I had dessert with my friends from SCUNA (the ANU Choral Society that I belonged to the first year I lived in Canberra), and then we went to karaoke!  It was so much fun, I posted on facebook that I could karaoke with them every night and still be sad when it was home time. 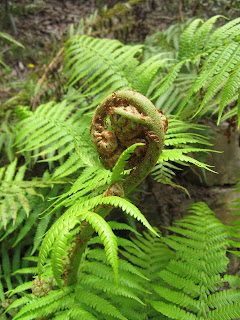 This pretty fern made me think of home, even though it's apparently an Australian native
(at the National Botanical Gardens) 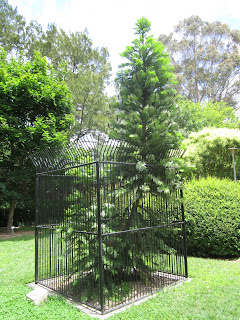 This tree is called the Wollemi Pine (though it's not a pine tree) and its earliest fossils date to 200 million years ago!  This specimen lives outside of the forestry building at the ANU

It was a very brief visit, but I managed to see everyone I wanted to see and do almost everything I wanted to do.  Still haven't been to parliament...  but, I don't suppose I'm missing much! 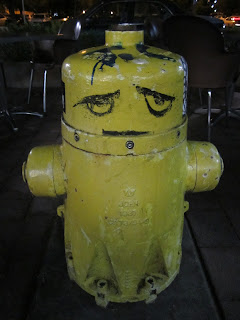 We saw this little guy on the way home on Friday night.  He's just too cute not to include!
at 10:40 AM