I'm having some friends over for a New Year party of sorts on Saturday.  We don't usually have more than two people around for food at a time, and we don't have enough chairs for the 9-11 we're expecting, so I decided tapas/finger food would be a brilliant way to get around it.

In preparation, last night I got my sourdough starter (see this post) out of the fridge after her long hibernation.  I can't remember when I last fed her, but it is probably about DATE when I last mentioned her in a post.  So I was surprised that she looked so healthy: 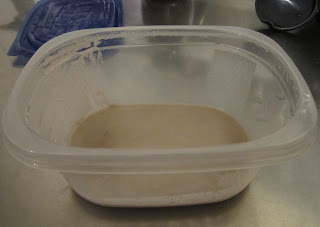 This is just after I poured off the blackish water or 'hooch' that had gathered on top.  According to The Fresh Loaf, this is normal, and she will be fine (I've seen this before and she's always been fine afterward).  I will update how she goes.  The idea of having a batch of starter in the freezer just in case she does die from neglect is very comforting!  I am planning on making the sourdough baguettes from Chocolate and Zucchini that I've made before, and making them into crostini.

Also, I spotted this book (albeit with a different cover to this, but buy it at Mighty Ape!) at work, and nabbed it as it wasn't on hold. 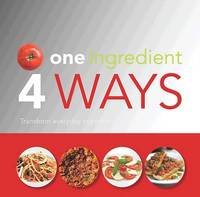 It is fabulous!  I love any unusually set-out cookbooks, and this is such a great idea.  The book includes four recipes for each of 50 ingredients, so 200 yummy looking recipes.  And the recipes for each ingredient are quite different from one another - for tomatoes you can choose between three-colour salad, bruschetta, spaghetti alla puttanesca, and tomato tarte tatin.  I know, right?!  I have chosen a few recipes either to make according to the instructions, or as inspiration for my own take.

There will be pictures of the food after Saturday (probably after Sunday, in fact, as even though we have scheduled 'midnight' for 10pm, I'm sure I will be zonkered on Sunday!).  In the meantime, have a great New Year, spend it with the people you love or the people you find most interesting and entertaining, and make a resolution or two that you have no intention of keeping.  I'm not telling mine, but they're already forming themselves in my head (hint:  one involves taking more pictures, and the other involves posting more often again!).

Lastly, I think this is one of my biggest wins ever: 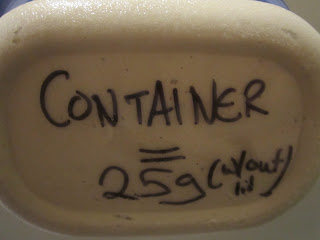