Links of the Week - August 6

Craft:  A Boy's Best Friend...  at Feeling Stitchy
The moment I read the title of this post I thought of the song "A Boy's Best Friend" By the White Stripes, for which the last line is "A boy's best friend is his mother or whatever has become his pet".  That's not what this embroidery is about, but I'll have that song playing in my head whenever I think of Hitchcock for a while now, I'm sure.

Steampunk:  Mad Hatter's Tea Party at Geek Crafts
Usually steampunk is very...  punky.  But this is beautiful whether you're into steampunk or not.  And I am.  So it's extra beautiful.

Science:  Facial Recognition at Io9
Yes, I have sneakily popped two links into this one entry.  The first is all about how facial recognition software could allow facebook to invade your privacy even more (or allow people to use facebook to invade your privacy themselves) and the second is about a neat phenomena that means that we don't process oddities about faces when they're upside down.  Both are interesting to me, despite my having studied this stuff for my masters.

Recipe:  Sugar Plum Crepes with Ricotta and Honey at Smitten Kitchen
Does anyone need any convincing to go and check this out?  No?  Good, I will tell you a little* story instead then.  We had an amazing plum tree at our old house.  Every year about Christmastime we would have a glut of plums, they would be tart when not quite ripe, then sweet when ripe, then rich when a little overripe, but edible at all three stages.  When we moved, we thought it would be okay not to take a cutting or any plum stones because my uncle (the one with the puppies) had lots of little baby plum trees on his farm that we'd given him, and he'd just dig one up for us.  No luck - he lost them (it's a farm, it's big!).  But I bumped into our old neighbours recently and they say the plum tree is still there, and the new owner is lovely - she'd be happy to have me call to collect a few plums to grow a new tree from.  So there is hope! 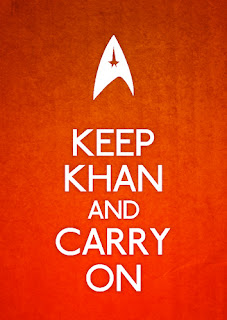