Links of the Week VII

I know, I'm far too late to call this last week's links of the week.  But I will anyway!  So there!

Anthropology:  Possibly Last Tribe of People Without iPods Contacted in Brazil at Aljazeera
Just imagine you're living your life when one day aliens from the future suddenly hover overhead in fantastical flying things.  I wonder if this is how these people will feel.  I'm not being patronising, I'm just trying to imagine what I would feel like if I were in their situation.  It'd be exciting, but I wonder how long it would take me to want to go back to before I knew.  Would you take the blue or the red pill - remain uncontacted, or become part of the 'modern world'?

Craft:  Summer School at the Floss Box
This link that I found on Feeling Stitchy looks like a lot of fun.  I love the idea of a new stitch every week, and a tutorial with such clear instructions and pictures.  I have already subscribed to the RSS.  The first three stitches are up already - Wheat Ear stitch, the Colonial Knot, and the Raised Chain Band - so get stitching!

Competition:  Tandoori Palace prize at Healthy Food Guide
I love Indian food, though I am kind of stuck in a rut at home with the same recipe - that is, I throw a little of all of the spices I like into a pan with chicken and yoghurt and veges.  It tastes great, even if I say so myself, but I'm a bit bored of it.  So, this competition appeals to me, with its collection of curries (that you can use to make the recipes given here) and that electric wok.  My electric frying pan is far too big for just two people, so it's hardly ever used.  I love the fact that almost everything you need is supplied, beer included!

Craft:  July Stitch-along at Feeling Stitchy
I love gnomes; I'm of the age that I watched David the Gnome on tv, and thought he was fantastic.  I really really want the dvds* of all of his adventures, and the remaining books (we were told that there were no more books, but I have since discovered there are lots more to collect!).  Until then, I will settle for having the time (I may have nothing to do all day, but I am definitely very busy doing that!) and patience to stitch this guy.  It may not happen this month, but it will happen.

Movies:  Harryhausen Geekery at Io9
I LOVE Ray Harryhausen movies.  I have Mysterious Island, Clash of the Titans, and Jason and the Argonauts, as well as the documentary and short films dvd.  I am desperate to get the Sinbad movies, but if they're ever in stock, they always seem so expensive, especially when you need to make a case for buying them to the person with the credit card. 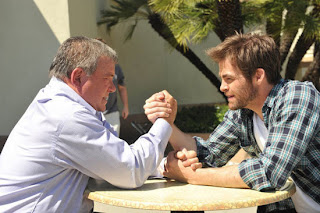 *this link is to Amazon, because doing a search for David the Gnome on Mighty Ape brings up a whole lot of David Bowie albums.  I thought that was amusing enough to share!
at 12:33 PM