Are You A Vegetarian? No, I Just Like Veges!

My Mum is a pescetarian who sometimes eats chicken and turkey...  and bacon.  So we eat a lot of chicken and vegetables because fish can be expensive and a lot of the fresh stuff gives me a migraine or stomach cramps.  I don't mind, I have pork and beef now and then, but otherwise don't miss it.  Unlike most people I know, I love vegetables and quite often order vegetable dishes when at restaurants instead of meat.

I was perusing foodgawker earlier today when I stumbled across this gorgeous plate from The Stone Soup: 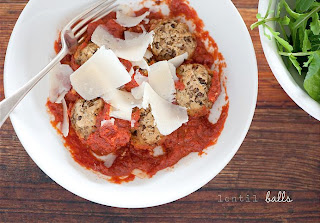 I loaded the page to get the recipe, but my attention was caught by this statement:


One of the biggest mistakes I made last year when I decided to go vegetarian for a month, was not doing enough research before I made the change.

Which meant I ended up struggling to have enough energy.

This sounds just like my Mum - she's always tired.  I joke that from the moment she gets out of bed, all she can think of is getting back in.  I wonder if this is her problem; well that and the sleep apnea I'm sure she has.  So I think I'll have a look around this site for some more vegetarian recipes for her (and me) to enjoy, and hopefully make her feel better.

But tonight we're going to have these with some small modifications for what we have at home): 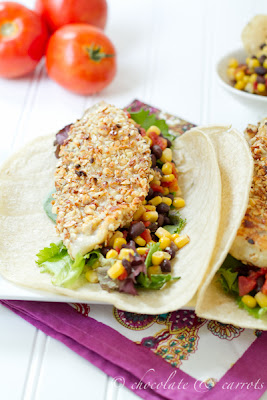 I am trying to be less lazy and make dinner a bit more interesting.  We had got into a bit of a food rut, but the Sure To Rise Challenge seems to have kicked me in the proverbial, and I have been furiously catching up on food blogs and websites.

On Monday we had Kumara Coconut and Lentil Soup (which is similar, but not as time-consuming or as delicious as Kumara and Lentil Soup) which made enough for me to still be eating it for lunch today.  I was a little disappointed that it lacked a little flavour, but over the course of a bowl, it grew on me, and I changed my mind.

On Tuesday we had (an altered version of) Thai Prawn Curry.  I have no idea where to get massamancurry paste, and we had some green curry paste in the fridge that I wanted to use, so we swapped that out.  It was delicious, and we really enjoyed the texture and flavour of the potatoes.

And last night we had Spiced Turkey Burgers.  Last time we found turkey mince in the supermarket on special, I made meatballs, and they were a little disappointing - they lacked flavour.  But these were amazing.  I added some craisens (dried cranberries) to the patty mix, and they offered a nice little burst of flavour.  We also had some cranberry sauce on the burgers to really overdo the yum factor!

Well, I'm off now to finish sending The Wheeling Gourmet the results of the Sure To Rise Challenge and then bake some Belgian Buns from Krystina Castella's A World of Cake.  Mum is taking the day off tomorrow and we're going shopping (window, of course), so I'm taking lunch.  Colour me frugal.
at 2:36 PM