SBS is a television channel in Australia, and is high up on my list of things I miss about living there.  Television in New Zealand consists mostly of reality tv, cancelled sitcoms (I kind of liked 'Bleep' My Dad Says, and then found out it had been cancelled), and current affairs shows that are going American (ie sensationalist).  SBS is full of documentaries that are interesting and educational; television shows from around the world and not just America or England (that's right, some have subtitles because they're not in English!); and really informative news and current affairs shows.

But my favourite thing about SBS is the cooking shows.  Imagine my pleasure when I found that a lot of the recipes featured on these shows, along with others, are on their website.  I'd been collecting recipes from their site for a few months, starring them in my feed reader to go back to and make, when all of a sudden the pages wouldn't load.  Unlike some feeds, this one only gives a line or two, or at times just a title, and that's definately not enough to get me inspired.  So they've laid unread for more than a month now.  Until now:  the pages are loading again and I'm so pleased I had to post about it.  Here's an example of what I've been waiting to try out: 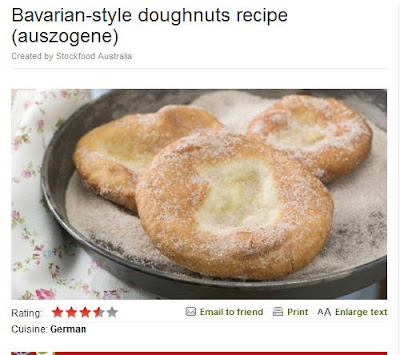